At the big jubilee party on the occasion of 25 year Unimog-Club-Gaggenau, we participated as company „Schuessler Unimog GmbH“ with two of our Unimogs.

On the one hand with an Unimog 1300 L / built in 1987 (the details can be found under our „sales“ section) and our Unimog 416 / double cab convertible.
In order to be able to demonstrate our own development, the „Schuessler“ tow ball hitch for 3,5 to, hinged – for Unimog 1300 L and U 4000, we have installed an additional demonstration version on the Unimog bed of the 1300 L. So we could demonstrate the hitch at the same time in folded an unfolded state.

It would have been perfect if the entire Schuessler-Unimog team could have participated in the big anniversary party of the Unimog-Club Gaggenau, because our Unimogs are always team efforts!
Of course there are private commitments, but we are confident and hope that we will travel to the next anniversary party as a full team 🙂

At the same time, we would like to thank all the organizers and helpers of the great Unimog anniversary celebration in Gaggenau for the great and successful party! 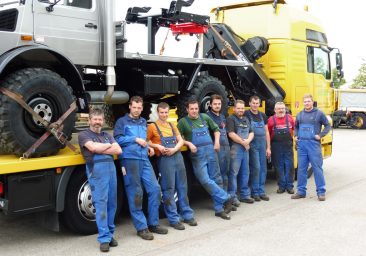 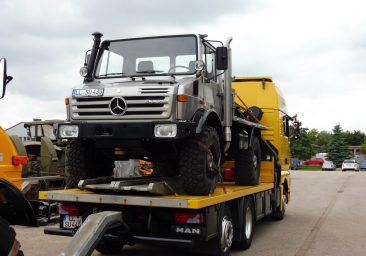 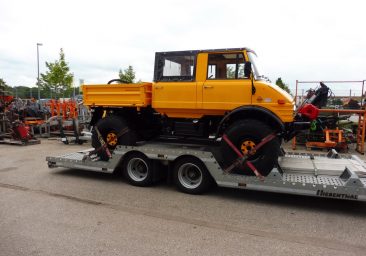 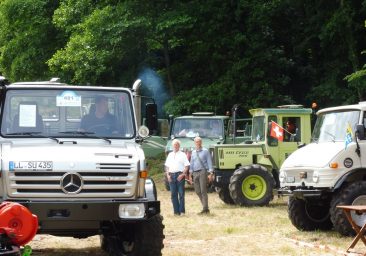 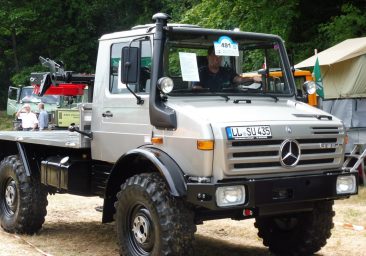 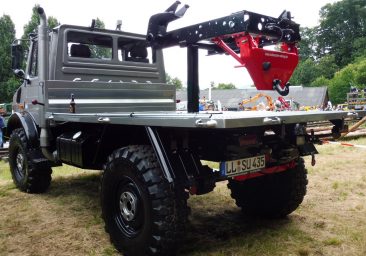 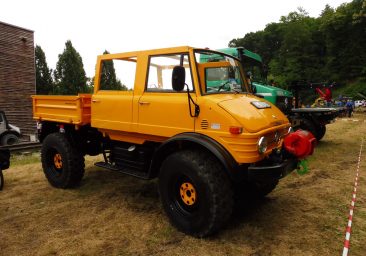 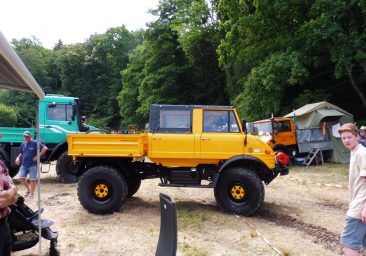 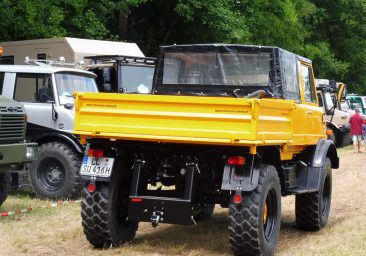